Ever since I posted a summary of my Bold Summit presentation, people have been asking me what leadership mistake I made. Some people tell me they think my leader made a mistake by not supporting the initial decision to terminate the problem employee. Their perspective emphasizes how current trends in leadership development have distorted and diminished the most important behaviors for organizational leaders. 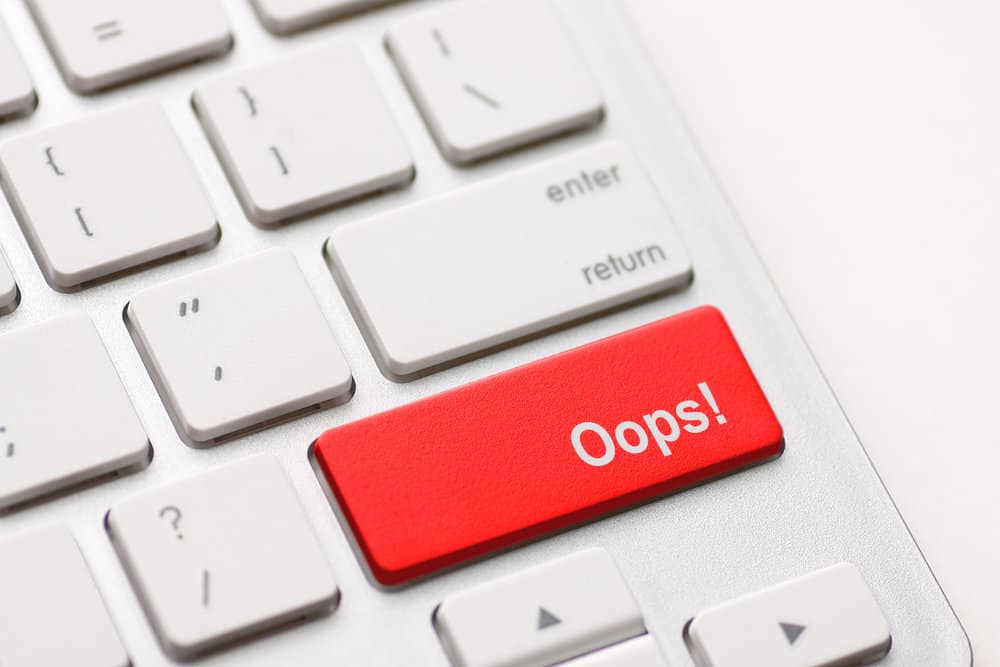 My mistake was that I failed to follow my own leader’s direction and agree to improve that employee’s performance before I left the initial meeting. Instead, I left behind a cloud of uncertainty. (Shutterstock/REDPIXEL.PL)

Here’s a recap of what happened. I had taken over the leadership of a team that included a very poor performer. After performance improvement efforts by his previous leader and me were unsuccessful, I requested that he be terminated. All the termination administration was completed and approved. The day before he was going to be shown the door, I was called into a meeting with my VP and our Director of Human Resources. They had changed their minds and determined that I needed to do more to improve that person’s performance. They asked for my support. I said it was a big change, that I needed to think about it, and that I would give them my decision in the morning.

The next day, I was asked to sign an agreement to improve my own performance or else I’d be terminated. My performance was now being managed and item #1 on their improvement plan for me was that I improve my team member’s performance. My mistake was that I failed to follow my own leader’s direction and agree to improve that employee’s performance before I left the initial meeting. Instead, I left behind a cloud of uncertainty.

business leader or politician, pick one

In his book, The Advantage, Patrick Lencioni defines, “Team Number One.” Lencioni says leaders must, “place a higher priority on the team they’re a member of than on the team they lead in their departments.” Team Number One is the team you’re on, not the team you lead. Leaders who prioritize their own preferences or the preferences of their direct reports ahead of their own leaders’ are, according to Lencioni, behaving like politicians at the United Nations or the U.S. Congress. If that happens, then organizational objectives become eclipsed by leaders merely coming together to, “lobby for their constituents.” When it appeared that I was going to lead my team differently than how my leader wanted me to, I was behaving like a politician, not a business leader.

In recent years, the training and development available from the $20 billion North American leadership development industry has been strongly influenced by the proponents of servant leadership and values-based leadership. These approaches may have a place at the highest levels of some organizations, but they create mixed messages for middle and front-line leaders.

servant leadership may not serve you

In servant leadership, leaders exist to serve the people they lead rather than their own leaders. If a politician wants to get re-elected, she needs to keep her constituents happy. But when a servant leader must also serve her own leader, her job will be miserable unless she and her leader are completely aligned. Servant leadership is a nice idea, but it is seldom successful in business.

your leader’s values matter more than yours

In values-based leadership, a leader draws on her own values and the values of the people she leads to guide her leadership behavior. But, just like with servant leadership, if values between a leader and her own leader are not aligned, misery will follow. It’s the highest leader’s values that determine the organization’s values and the leadership behavior of lower leaders. No CEO will ever say that her values are not aligned with her organization’s values. No CEO will ever say that she disagrees with leadership behavior in her organization and won’t be doing anything to change it. Display values that are different than your leader’s values, and you will pay for it.

if a leader has a boss, that boss is THE BOSS

Yes, you should speak truth to power. Yes, you should challenge the status quo. And, yes, you should treat your direct reports well and advocate for them. But all these right, noble and effective leadership behaviors need to be tempered with the reality of organizational leadership and the accompanying power relationships. The reality is that your boss must trust you to do what is important to her. If you can’t be trusted to do what your boss wants, and sometimes when and how she wants it done, you will be punished. And remember, if you don’t like it, you can always quit.