Most of us, at some point in our career, have worked for a really bad boss. When we suffer under a bad boss, we become deeply dissatisfied with our jobs. Research shows that job dissatisfaction is related to a range of physical and mental health problems, even as serious as suicide. Furthermore, most research shows that the number one reason people quit their jobs is to get away from a bad boss.

If you’re super stressed by your Boss from Hell, and you’re convinced that it’s a complete waste of time to turn him or her into a good boss, you really only have two choices: get a new boss or get a new job. But new bosses and new jobs don’t appear overnight. So while you’re working on it, here are five ways to survive. 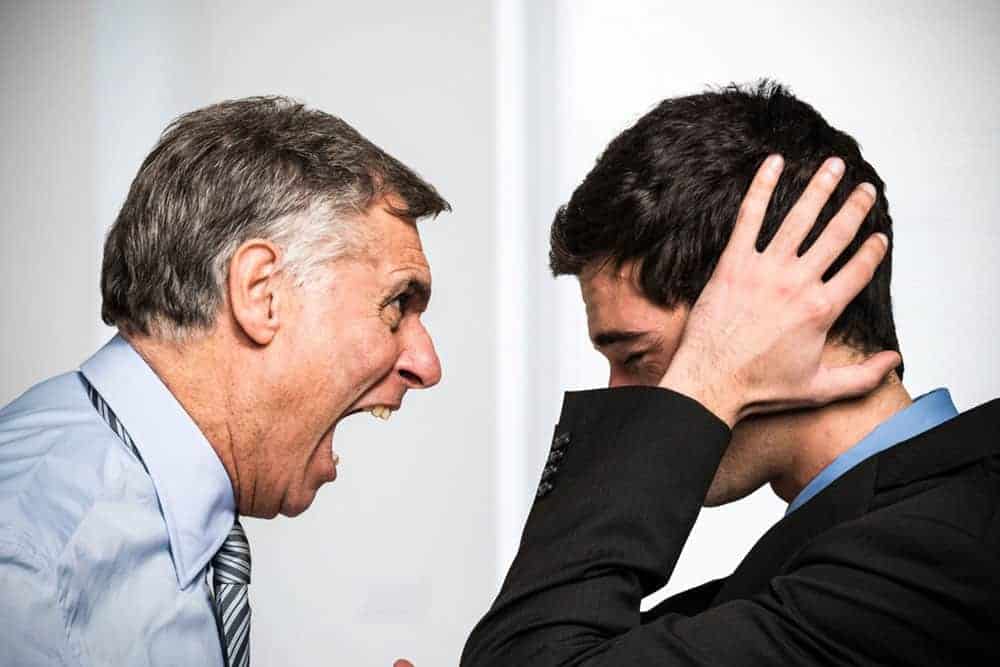 If you’re super stressed by your Boss from Hell, and you’re convinced that it’s a complete waste of time to turn him or her into a good boss, you really only have two choices: get a new boss or get a new job.

avoid your boss, if you can

Most of us start avoiding our boss when we realize that it’s a waste of time, or dangerous, to try to make him or her into a better boss. The problem here is that, although it might be possible to avoid coworkers, it’s tough to completely avoid your own boss. But staying under their radar or lying low, as much as possible, can reduce your stress while you’re waiting for a new boss or finding a new job.

get political and ingratiate

Political behavior in the workplace is defined as doing things outside of our normal job duties to get what we want. Ingratiation is one kind of political behavior. Ingratiation is getting what you want through personal relationships, instead of following required processes set by the organization. A little ingratiation is actually normal, quite positive and makes for a pleasant workplace. We know that if we’re nice to our coworkers and leaders, and if we’re on their “good side”, they’re more likely to help us in our jobs. But when it comes to dealing with bad bosses, you may have to try to get on their good side just to survive until you get a new boss or new job. If your boss likes you, you won’t be seen as a threat. If you’re a threat, you’re probably on your boss’s firing or layoff “hit-list.”

Bad bosses are often insecure and paranoid. They see threats everywhere and believe that people are conspiring against them. One of the biggest threats to your boss might be your relationships with other leaders. Good leaders seldom respect bad bosses and your boss might think that you’re complaining about him or her to other leaders.

don’t be too good at your job

Just like your good relationships with other leaders can be a threat, so can your good work. Bad bosses usually speak quite negatively about the people who work for them. They want to be seen as the person who is solely responsible for their team’s success. They talk about how much they need to do to get their team to deliver. If other leaders are noticing your good work, then your boss will start to lose credibility. Don’t worry; you’ll be appreciated by your new boss or at your new job.

take a chance by taking a stand

Working for a bad boss already sucks, and it sucks even more if you have to do all these things to survive until you get a new boss or a new job. But you have one more option; you can try to get your boss fired. Sometimes, a bad boss’s boss just needs a little push to get rid of someone. Bad bosses and bad workers keep their jobs for a range of reasons. Often, the person that hired them doesn’t want to admit that they made a mistake. Also, bad bosses and bad workers can be really good at managing their own bosses. But when good leaders find out how bad things are, they take action.

Often, we take a big chance when we take a stand. Complaining about your boss to his or her boss can be risky. If you can’t afford to lose your current job without having a new job to go to, don’t do it. Instead, try to survive your bad boss long enough to get a new boss or a new job.