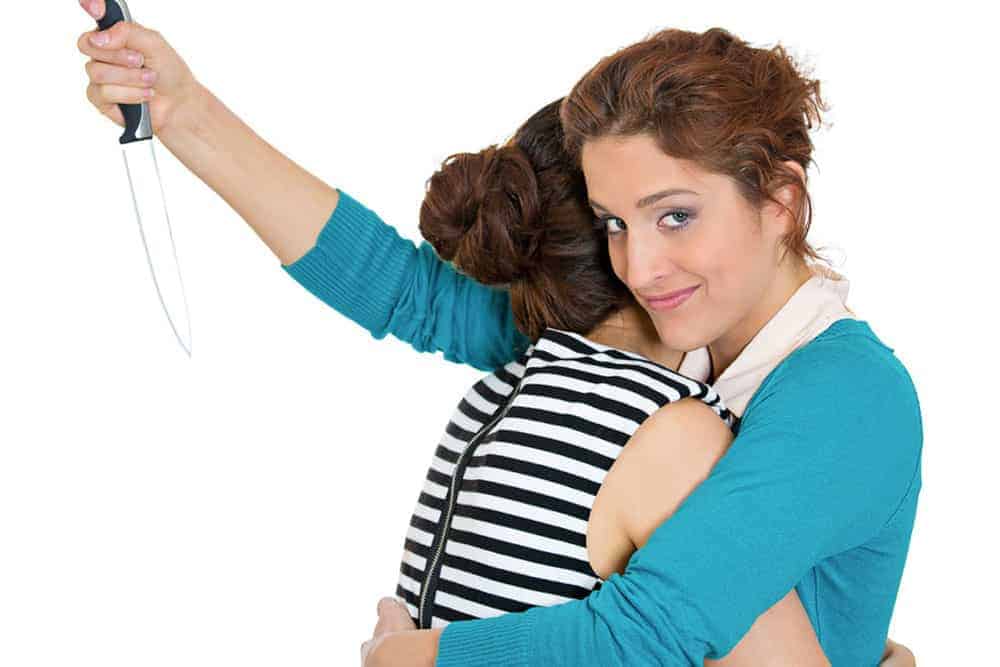 In the workplace, backstabbing is one of the most common forms of covert aggression. (Pathdoc/Shutterstock.com)

The survey didn’t have the rigour or response rate to be scientific, but there was an obvious trend: people would rather work for a bad boss or with checked-out coworkers than be at the mercy of backstabbers.

At one company, I had someone from our process improvement team contact me and tell me that I needed to follow a new business process. I explained that the program I managed likely fell outside of the scope of the new process, but, to confirm this, he was welcome to contact my own leader. When he did so, he told my leader that I was disrespectful and aggressive. Luckily my leader knew I’d never cross that line and the accuser backed down when the complaint was investigated. But, by the time the investigation was completed, I’d already lost the trust of a few people on the accuser’s team. The injury caused by the behind-my-back lies lasted for years.

In 2012, Patty Malone and Javette Hayes completed a comprehensive study to carefully define backstabbing. People’s perceptions of what it meant to be stabbed in the back ranged widely. Therefore, Malone and Hayes developed this broad definition: backstabbing occurs when the target believes they’ve been intentionally stabbed in the back and believes they have suffered personal or vocational harm. They found these top five categories of backstabbing: talked about behind your back, being sabotaged, being lied about, someone steals credit, and being falsely blamed or accused. In the workplace, backstabbing is one of the most common forms of covert aggression.

dealing with the backstabber

There’s a lot of good advice out there on how to deal with a workplace backstabber. Here’s what most people recommend.